Now that you’ve built a bee hotel, it’s time to think about the native bees’ source of food and attracting them to stay in your hotel. Start attracting native bees with not just any flowers, but by adding native flowering plants to your garden or anywhere near your bee hotel!

Most of the Australian native bees are known for “buzz pollination”, where pollen is collected by “shaking” the flower. This includes the Blue Banded Bee, Teddy Bear Bee and the Great Carpenter Bee. Buzz pollination is done in a process through a strong vibration released by the pollinator which then releases the pollen. 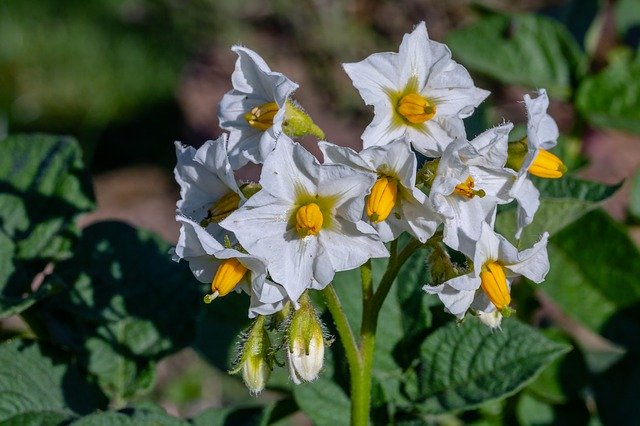 Hibbertia species are small to medium sized shrubs, with more than 150 species. They dominant in temperate areas, such as South West Australia, Tasmania, Darwin, and coastal regions of Queensland, NSW and Victoria. They can grow in various soil types, such as sands, gravels and clay loams – even found in both swamps and well-drained sites.

Commonly known as Flax Lilies, often found on heath and dry forest areas and usually flowers during spring. Usually referred to as grass plants due to their large blue-green leaves. One of the most common species is the dianella revoluta or blue flax-lily is widespread across Australia and is able to grow in extremely variable conditions. It is a perennial herb and flowers from spring to summer. This species is highly desirable due to its long lifespan and its ability to resist drought and frost seasons.

Usually mistaken as Bottlebrushes, you may know them as the Paperbark trees or the ‘honey myrtles’. They are found in open forests, woodlands and edges of swamps. It blossoms during the Australian spring with a variety of colours such as red, pink, purple or yellow.

Probably the most dominant flowering tree species in Australia, Eucalyptus has at least 700 species and are mostly native to Australia. A mature Eucalyptus tree can take various forms; either from small trees or shrubs to woodland giant trees. In Western Australia, Eucalypts can be found in the form of a small-to-medium sized tree, called the “mallet”. Eucalyptus flowers are easily recognised, commonly known as the gums aka the red gum. You’ll hear a lot of beekeepers talking about this species as the bees love to visit the flowers and create a beautiful tasting honey.

Also known as the “Bottlebrush”, they are one of the most common native flowering plants in Australia, found in tropical north regions to temperate regions such as coastal regions of Queensland, NSW, Victoria, WA and Tasmania. They are quite the flexible plant, they can grow on both wet conditions and some species can even be drought resistant. They make an excellent garden plant, due to its growth varying to only small to medium sized. Its flowers are a standout, making it irresistible to pollinators.

This beautiful fan flowering plant can make your garden standout, with colours ranging to blue, white, purple and yellow as a rare colour. They grow best during spring and summer and blossoms well with good drainage and lots of sun. This group of flowering plants are not that distributed in Australia, however most of its species naturally occurs in WA. Scaveola species are easily cultivated, which can help its wider distribution across the states.

Which native plant are you adding to your garden? There is a lot to choose from! Native plants are a great addition to your garden and adding flowering plants attracts various kinds of pollinators to your garden. Oh the beauty of nature!

For personalised advice on products and tips for beehive management, give us a call on 0488 010 840 or get in touch via email at [email protected]. Shop online here (free shipping Australia wide for orders over $300)!

Interested in buying beekeeping tools and equipment in bulk and discounted price? Call us for an inquiry on 0488 010 840.